Shopping Cart
Your Cart is Empty
Quantity:
Subtotal
Taxes
Shipping
Total
There was an error with PayPalClick here to try again

Thank you for your business!You should be receiving an order confirmation from Paypal shortly.Exit Shopping Cart

BENEATH THE BLUE RINSE

Beneath the Blue Rinse by Tom Glover is an outrageous comedy exposing how society views the elderly.

When an unscrupulous salesman enters sweet but gullible, Flora Parkin’s house, little does he realise he’s been lured into a trap. Simon starts to learn what it is like to be vulnerable, exploited, and subjected to the care of others…who may not care at all. Think ‘Tarantino meets Last of the Summer Wine’.

We toured in June-July to Oxford, Abingdon, Eynsham and Everyman Cheltenham, and also appeared in the 2018 Oxford OffBeat Festival.

We’ve all heard the saying that “youth is wasted on the young”, but up until the weekend I hadn’t fully appreciated the sentiment. Beneath the Blue Rinse, at first, is an easy enough storyline to grasp – a sleazy sales guy (Simon) tries to con an elderly woman (Flora) – but things rapidly take a quick turn and needless to say from the moment Flora abruptly calls out Simon as a “wanker” things are just not the same. One moment you’re awaiting lemon cake and the next it’s all handcuffs, tea torture and terrorism as an ironic role reversal comes into play which is both hilarious but pivotal on a much larger scale.

Exploring societal views on age discrimination Beneath the Blue Rinse is thought-provoking and entertaining – despite fighting on different sides Colette Kelly (Flora) and Kevin Tomlinson (Simon) had remarkable chemistry and timing which only accentuated the absurdity of the developing situation they found themselves in. Riddled with innuendos, sass and quick wit, the cast of three (adding Chris Bearne as George) executed their roles perfectly, and it was such an enjoyable moment when you heard the wave of laughter ricochet throughout the Unicorn Theatre. This show reaches a wide demographic and underneath the hilarity of it all the message was admittedly quite hard-hitting.

The writer, Tom Glover, has constructed the narrative splendidly in this regard – it’s not overly complicated but when the underlying messages hit they make an immense impact. It’s not only a great piece of theatre, it’s also a wake up call which leaves you quite sombre but also uplifted – a bit of a emotional rollercoaster if you will – as the elderly (literally) fight against perceptions of them as ‘old’ and ‘dependent’.

First performed at Abingdon’s Unicorn Theatre, the coincidental Midsummer Murders setting seemed to really lend itself aesthetically to the show. However, Beneath the Blue Rinse has proved itself a worthy watch regardless of the the venue and you will not regret seeing this “comedy with a vicious bite”.

Tom was the winner the BBC TransComedy Award and had sitcoms optioned by the BBC. He is currently preparing for the BAFTA/Rocliffe Showcase and has a sitcom in development with BigTalk.

Award winning Chris Bearne is a superb stage and film actor with numerous credits, most recently The Soldier with No Name, When Swallows Fly Low, and Major Barbara. 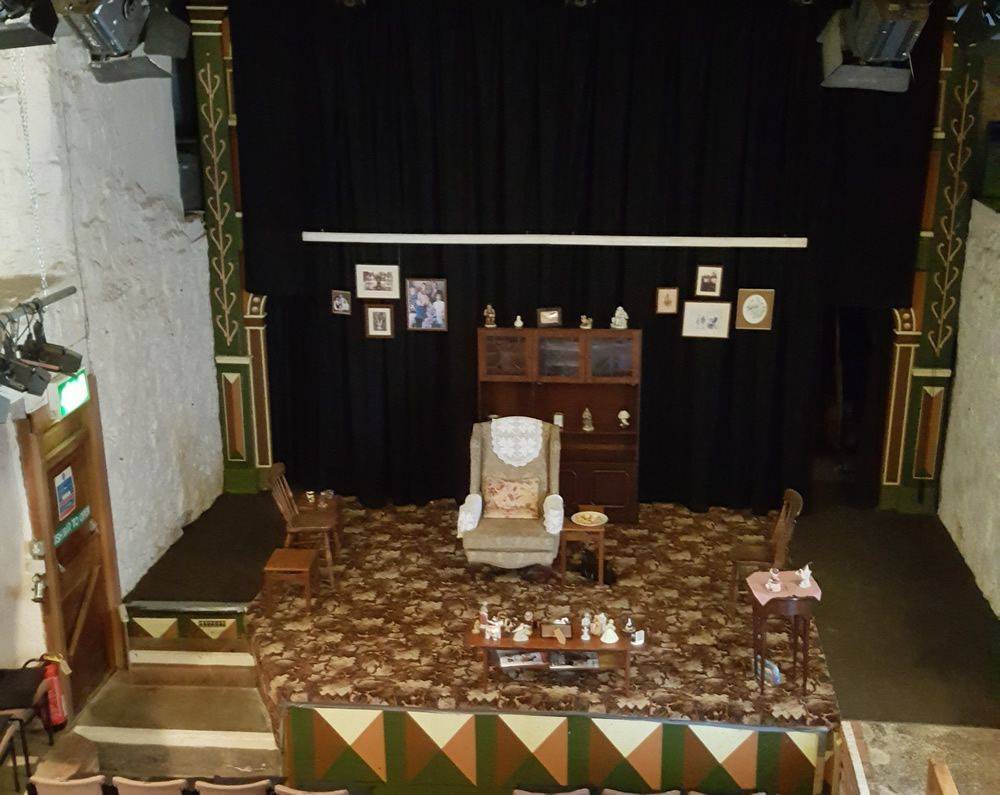 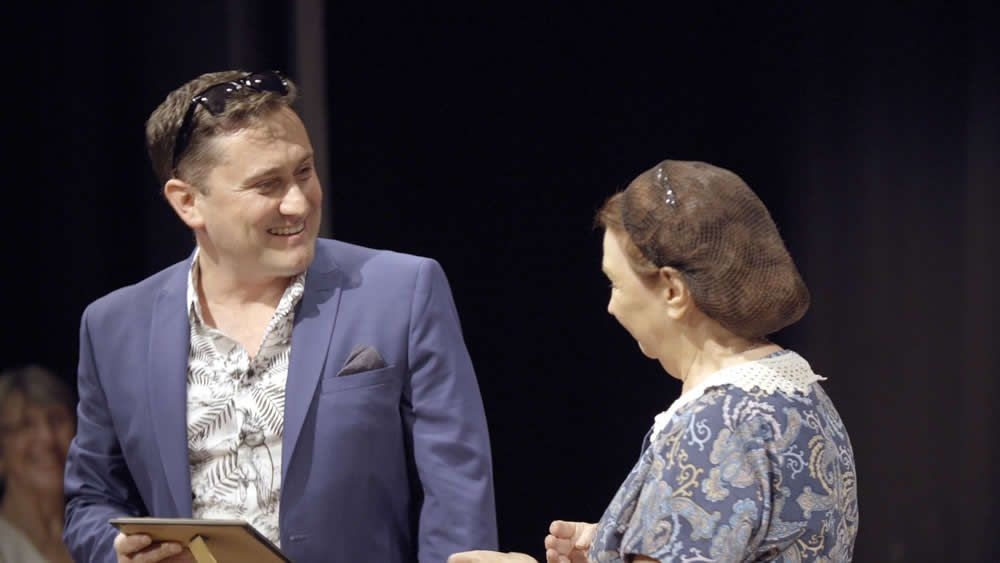 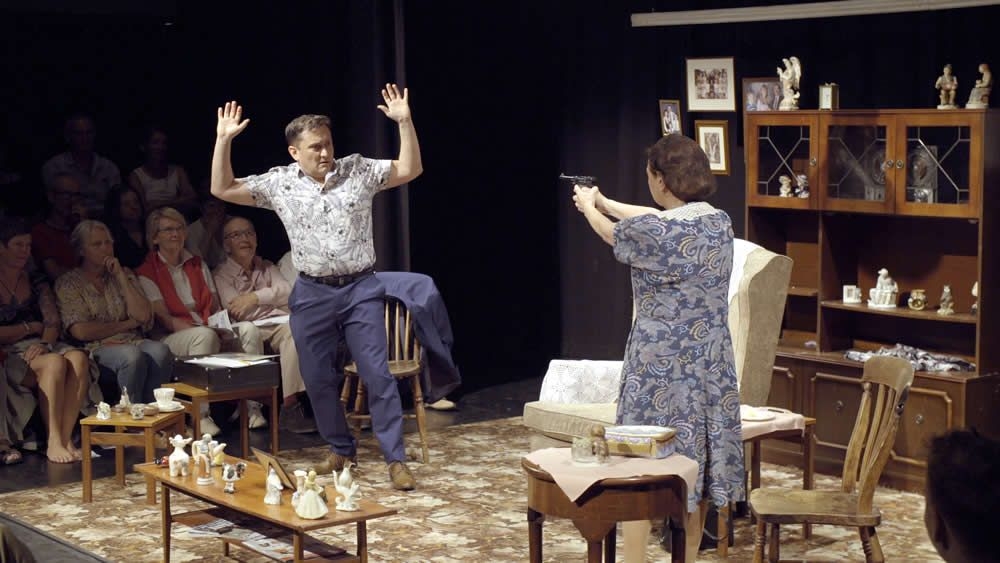 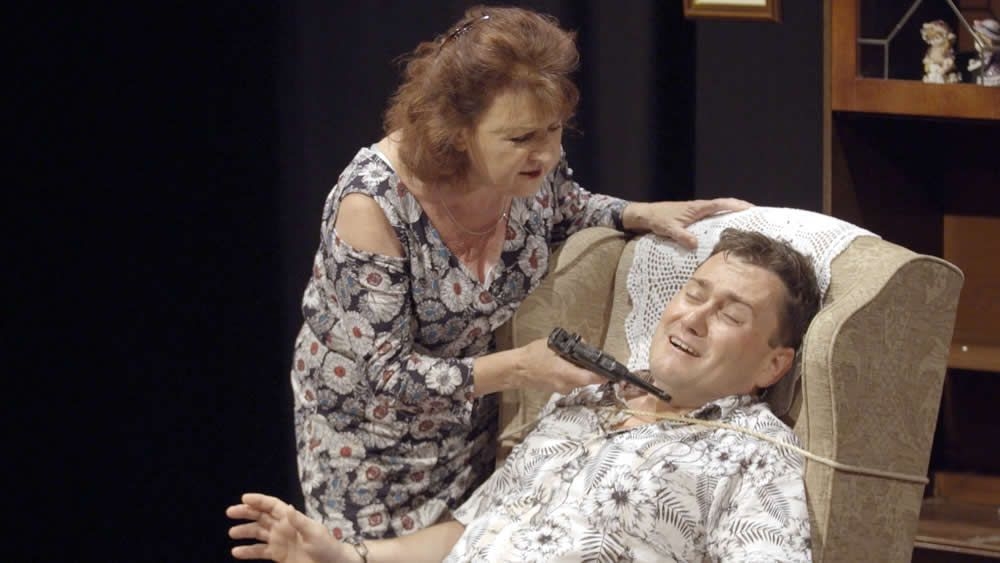 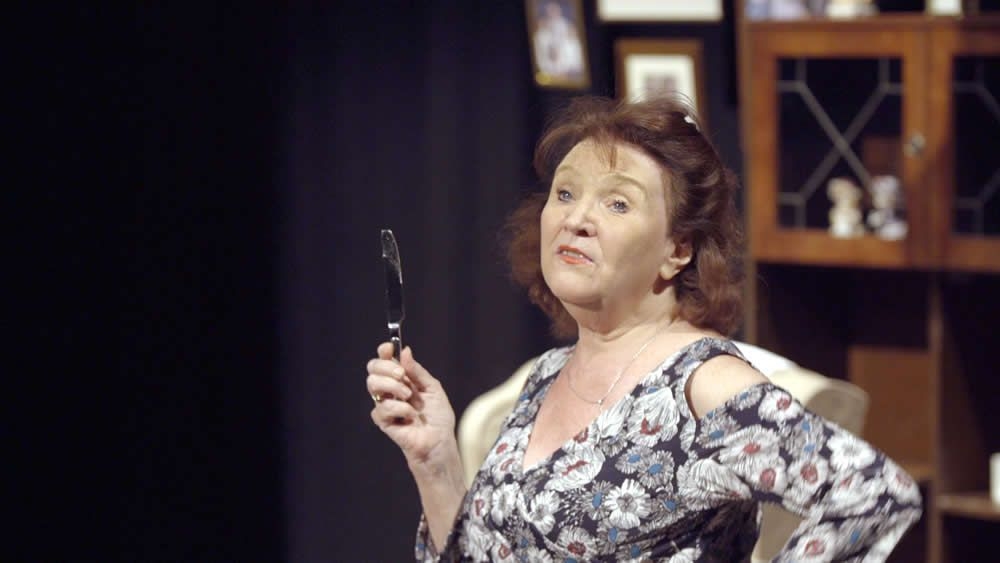 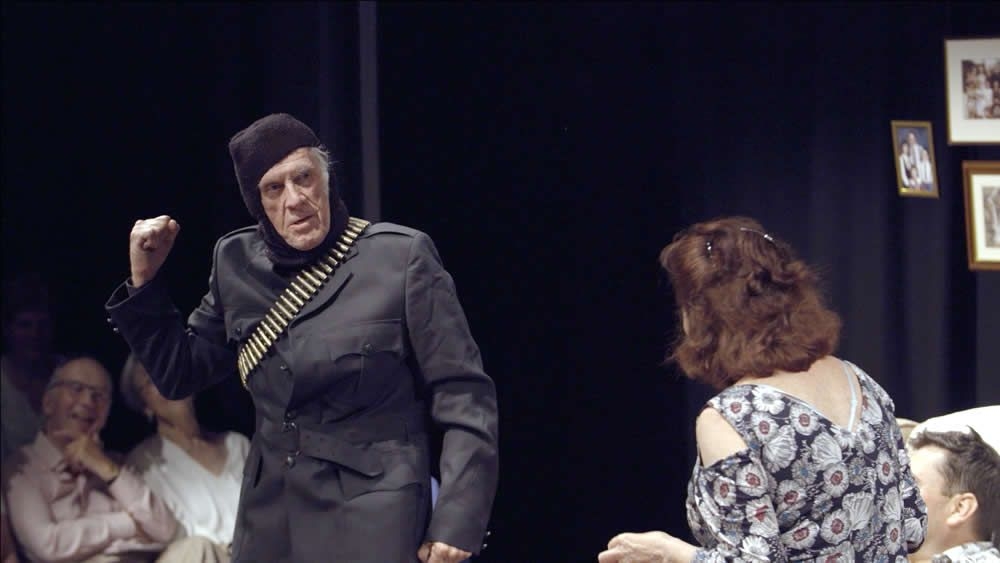 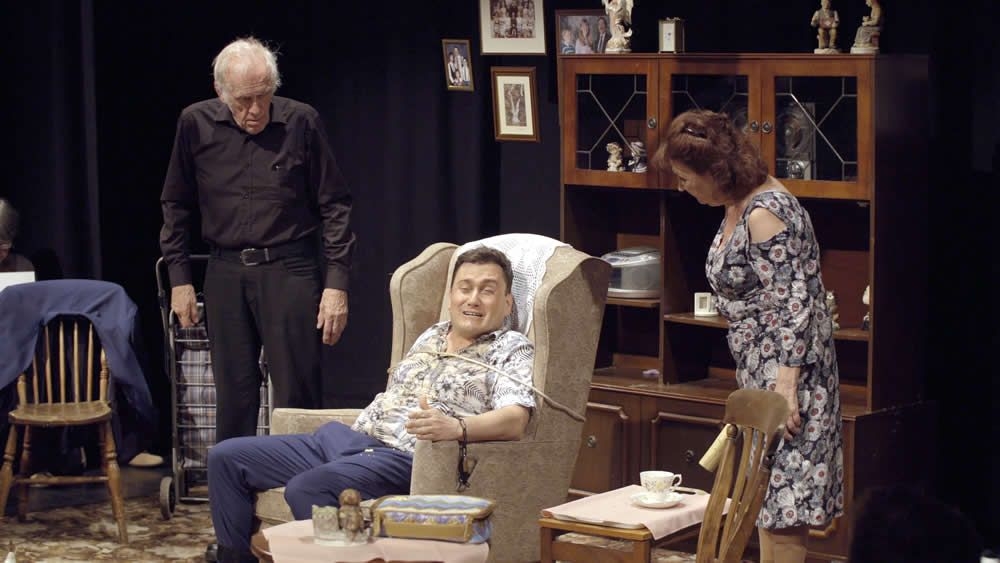 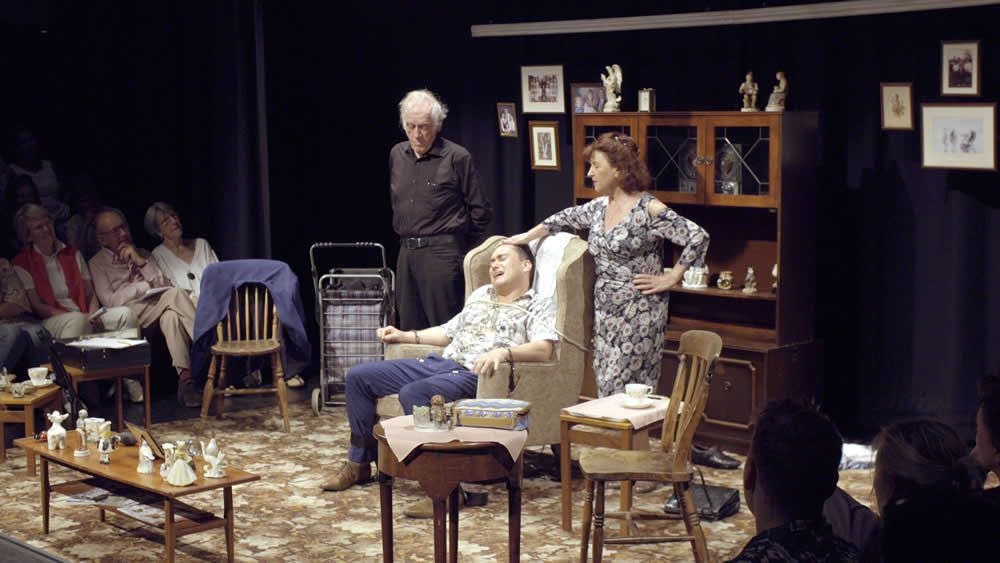